Nearly all of the Sugihara visa recipients who arrived in Japan in 1940 were Jewish refugees from German Nazi-occupied Poland, many penniless and lacking proper documentation. They were given crucial aid by Polish Ambassador Tadeusz Romer, who worked tirelessly and selflessly to ensure they reached freedom. Up to 1,000 Jews are estimated to have made it to their final destinations safely thanks to the ambassador's determined efforts. Romer's actions were critical in ensuring that Sugihara's bold visa issuance in Lithuania was not in vain.

The exhibition will offer panels and videos examining the far-too-little-known story of Romer's courageous activities on behalf of his countrymen. Dr Olga Barbasiewicz, one of the exhibition's organizers, has created a special video message for the occasion. Details are as follows.

* Note that measures have been put into place to ensure your safety during the coronavirus epidemic. We ask your cooperation and understanding. 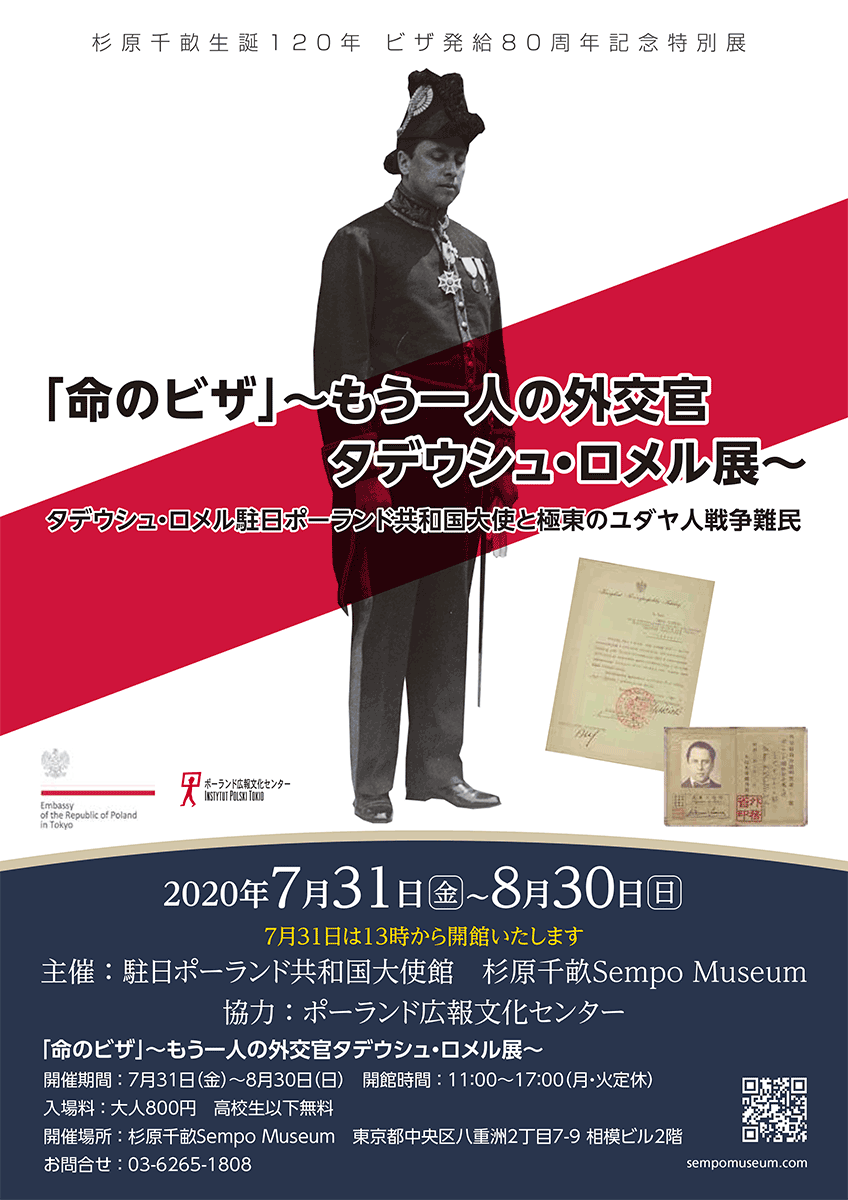