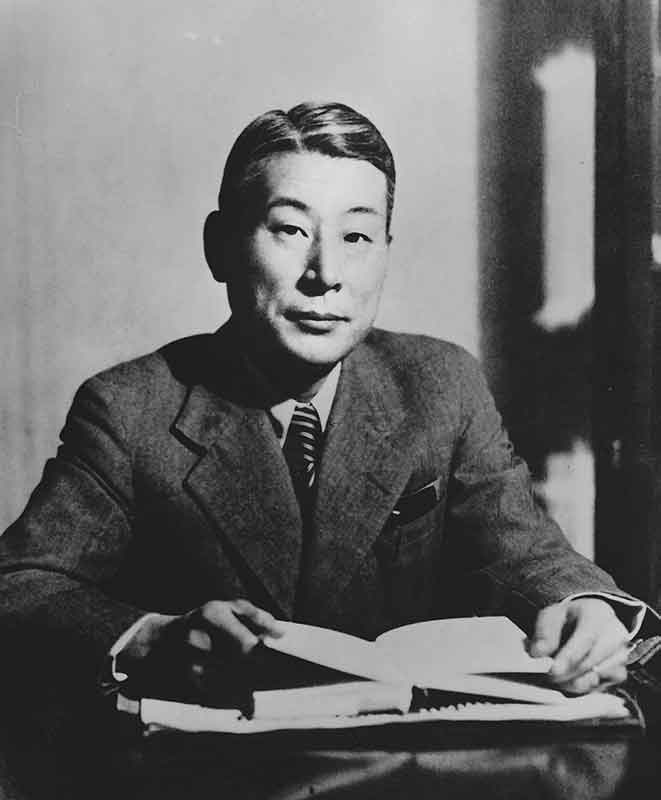 Welcome to the website of the Chiune Sugihara Sempo Museum. The museum celebrates the memory and legacy of my grandfather, whose selfless actions as a diplomat in wartime Europe nearly eight decades ago saved the lives of thousands of Jewish refugees from slaughter by the Nazis.

It is only in recent years that Chiune's deeds have become more widely known in Japan. He is now being taught in junior high school curriculums, and material distributed by the Japanese government at the World Economic Forum in Davos in 2018 featured two full pages dedicated to the remarkable rescue in Lithuania. NPO Chiune Sugihara Visas for Life, which I am honored to serve as chairman, has actively participated in lectures, Holocaust memorials, photographic exhibits and other events at home and abroad.

The family has long maintained a private trove of photos, documents and other items related to Chiune's eventful life. In particular, Chiune's memoirs, written in his later years at the urging of his wife, my grandmother Yukiko, offer a vivid recounting of the intense psychological pressure he faced in reaching his bold decision in Kaunas. I remember as a teenager helping to transcribe the memoirs from his handwritten notes. Even as I struggled with the prose, which featured old-style phrasing and many Chinese characters no longer in use, I remember being overwhelmed by the momentous story. It was the first time that my grandfather had ever mentioned the incident, nor did he talk much about it afterwards. It was clear to me, though, that these were invaluable records, and the family has carefully and quietly preserved them in the decades since along with the other items bequeathed to us.

With the growing interest in Chiune, we felt that the time was right to offer these precious items to the public. Even in an age when information is instantly available online, the real objects from the time have a visceral impact that cannot be duplicated virtually. The museum offers many unpublished photos, an actual life-saving passport with the Sugihara stamp, Chiune's many awards (including the Righteous of the Nations medal from Israel's Yad Vashem Holocaust Center), the precious handwritten memoirs and a documentary created specifically for this space. In addition, we have created panels explaining the circumstances behind the visas with a focus on the Holocaust, backed by photographs, newspaper clippings and more. The story is told in detail, including Sugihara's background, the critical role of Dutch Honorary Consul Jan Zwartendijk, and the fate of the refugees and Chiune himself after the war.

This is in fact the first Holocaust museum of any kind in Tokyo, and one of our goals beyond the Sugihara story itself is to bring a greater understanding of this period to the Japanese public, where the wartime situation in Europe is not always fully understood. It is our great hope that this museum will be not only a commemoration but an inspiration to all, in my grandfather's words, that "humanity and compassion come first".

We look forward to welcoming you at the museum.

We offer a virtual tour of the Chiune Sugihara Sempo Museum for those unable to visit us in person. Please click and enjoy.

*English explanations are listed at the bottom.

Following successful runs in Tokyo and Kyoto, the special Chiune Sugihara Exhibition will move to JR Nagoya Takashimaya in December. It will be open from December 23 to January 9. Details (Japanese only) can be found here. We look forward to seeing you there..

We regret to announce that the Chiune Sugihara Sempo Museum will close its doors on 30 September due to a major redevelopment project in the district. We thank you for your warm patronage over the past three years.

We plan to reopen in a new space and will inform you via our website when the details are confirmed.

NPO Chiune Sugihara Visas for Life continues its work as before. We greatly appreciate your ongoing support. 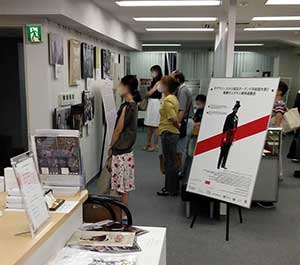 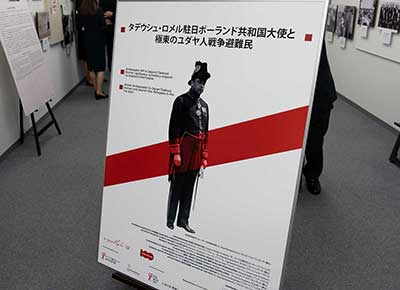 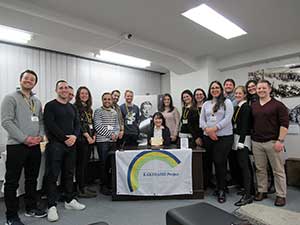 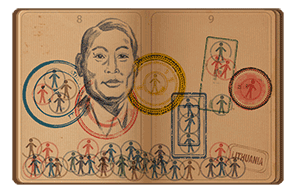 The Chiune Sugihara Sempo Museum has been listed in the website of Central Tokyo for Tourism.

Opening of special exhibition "Beyond Duty: Diplomats Recognized as Righteous Among the Nations"

Special Exhibition: “Beyond Duty: Diplomats Recognized as Righteous Among the Nations”

The Chiune Sugihara Sempo Museum opened its doors to the public.

An opening ceremony was held in the presence of the diplomatic community, politicians, the media and invited guests.

A pre-opening event was held for special guests.

The museum offers photographs, documents, manuscripts and other items telling the remarkable story of Sugihara's courageous actions. All information is available in Japanese, English and Hebrew. The exhibits include:

• Large panels with a detailed narrative of the Sugihara story
• Rare photos and documents related to Sugihara's career, the plight of the Jews in Europe, and more
• Sugihara's private handwritten memoirs, shown in public for the first time
• 1940 passport of a Sugihara survivor featuring the Curaçao visa and Sugihara stamp
• Medals and awards from various nations, including Yad Vashem's prestigious "Righteous of the Nations" award
• Special documentary film created for the museum
• Recreation of Sugihara's office
• Wall of Survivors listing all 2,139 names of refugees who received the life-saving visas 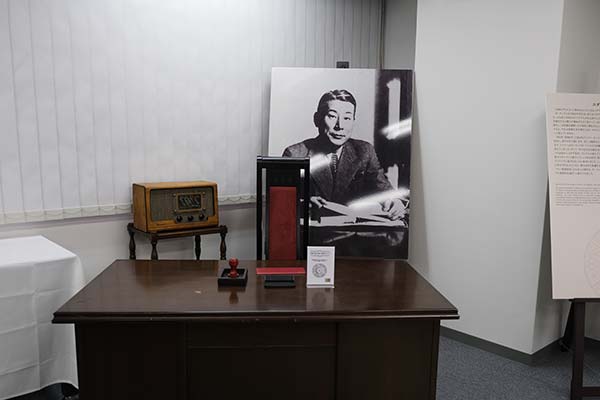 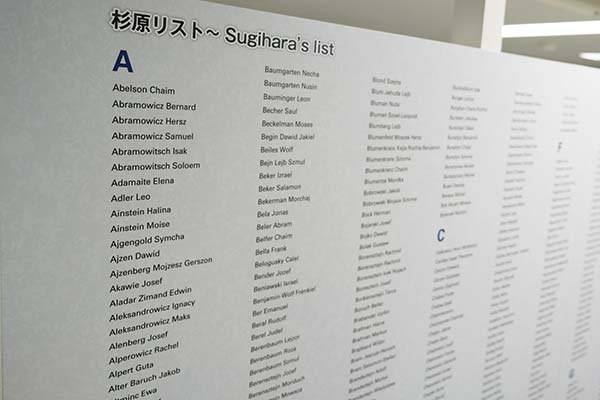 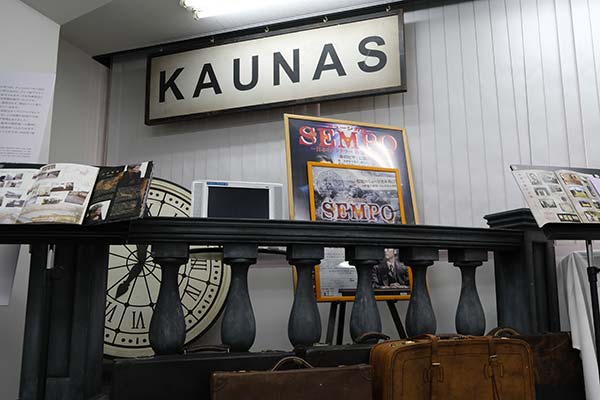 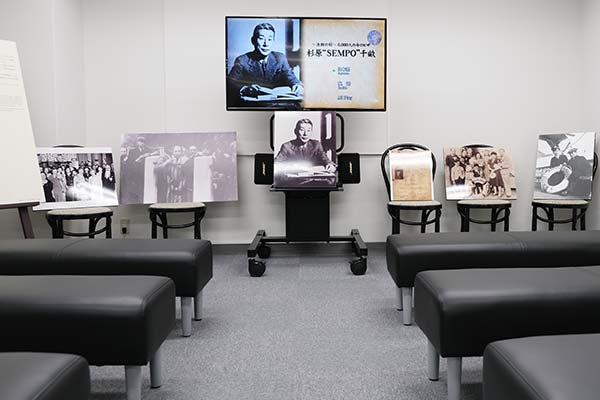 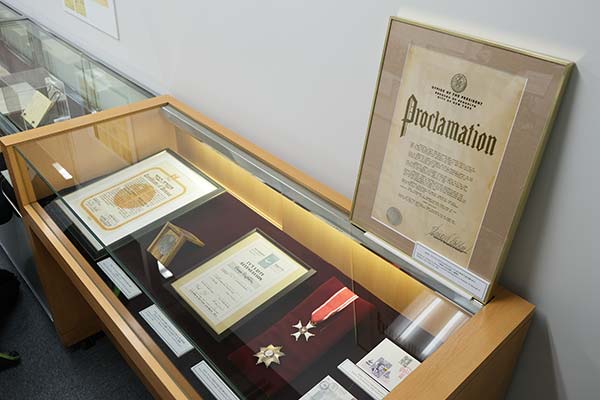 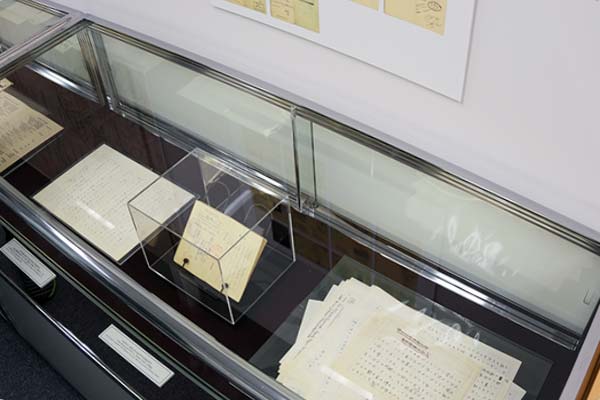 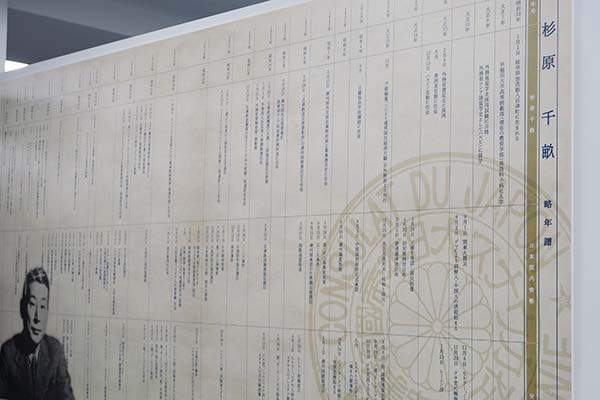 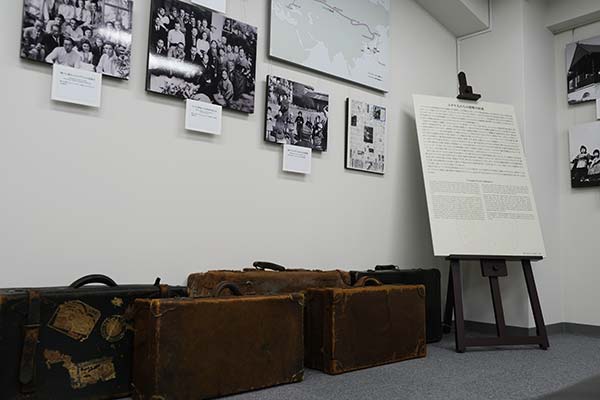 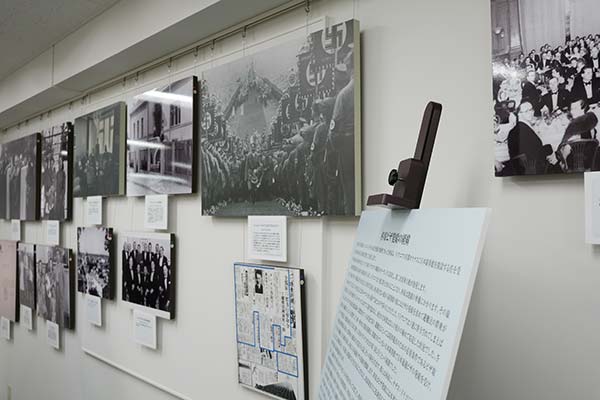 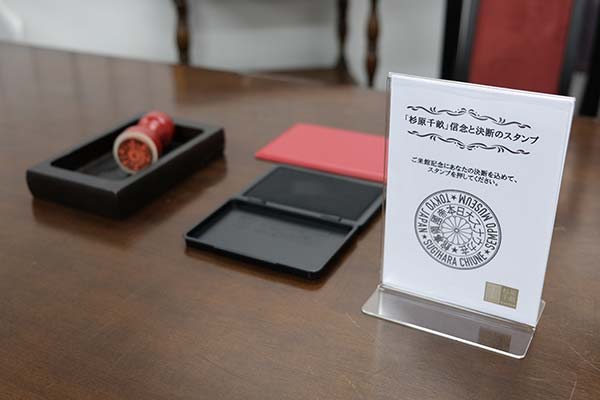 Open: 11:00am - 5:00pm
Closed on Mondays and Tuesdays other than public holidays.
Check calendar for specific dates.

From Kyobashi Station (Tokyo Metro Ginza Line)
1. Go out Exit #8.
2. Walk straight ahead and go up the escalator.
3. Continue walking to the street.
4. Across the street to the left, you will see a Seven-Eleven.
5. The museum is next door on the second floor. (The first floor is an Indian restaurant.)

From Tokyo Station (JR lines・Tokyo Metro Marunouchi Line)
1. Go out Yaesu South Exit.
2. Cross the avenue at the signal.
3. Go straight down the small street past Yaesu Book Center.
4. Walk two blocks. You will see a Seven-Eleven on the right.
5. The museum is next door on the second floor. (The first floor is an Indian restaurant.)

What is the Chiune Sugihara Sempo Museum?

It is a museum dedicated to the honor of the Japanese diplomat during WWII whose bold actions saved thousands of Jews from annihilation in the Holocaust. Exhibits include rare photos, manuscripts, documents, a Wall of Names listing all those who received life-saving visas by Sugihara, a special documentary video and wall panels explaining the story in detail. Suitable for all ages.

Who operates the museum?

It is run by NPO Chiune Sugihara Visas for Life, a private organization founded in 2001 devoted to ensuring that the story of the diplomat’s humanitarian acts is passed on to future generations. The museum is entirely privately owned, financed and operated.

Where is the museum?

It is located in Tokyo within walking distance of Tokyo Station, the city’s gateway. The closest station is Kyobashi Station on the Ginza Line (Tokyo Metro G10), a three-minute walk.

When is the museum open?

It is open daily from Wednesday to Sunday from 11:00am-5:00pm. It is closed on Mondays and Tuesdays except when those days fall on Japanese national holidays. Please check calendar for specific dates.

How much is the entrance fee?

Sorry, the facility does not have parking.

Is there information in English?

Translations are provided in English and Hebrew for all exhibits.

Can I make a donation?

Yes! We gratefully accept donations from individuals, corporations and groups in support of our activities. Any contribution would be greatly appreciated. Donations will be acknowledged on our website unless you wish to remain anonymous. Donations can be made by bank transfer to:

We gratefully accept donations from individuals, corporations and groups in support of our activities. Any contribution you can provide would be greatly appreciated. Contributions will be acknowledged on our website unless you wish to remain anonymous. Donations can be made by bank transfer to:

If you do choose to help, please contact us when the transfer is complete so that we may express our thanks.